Warwick Furnace Farm is a family-owned and operated farm in rural Pennsylvania.  The farm is located in the heart of the French Creek Valley in Chester County, home to the historic Warwick Furnace, known for furnishing armaments for George Washington’s army, producing the Franklin stove and manufacturing the components for the first metal-clad ship during the Civil War.  The farm’s stone buildings and barns date back to the 18th and 19th centuries. It is surrounded by more than 500 acres of preserved land in a valley with the pristine French Creek flowing through it. We strive to be environmentally thoughtful in our farming, production and packaging choices.  All plants, including their principal crop of lavender, are Certified Naturally Grown without herbicides, pesticides or synthetic chemicals, using only natural and organic soil amendments. 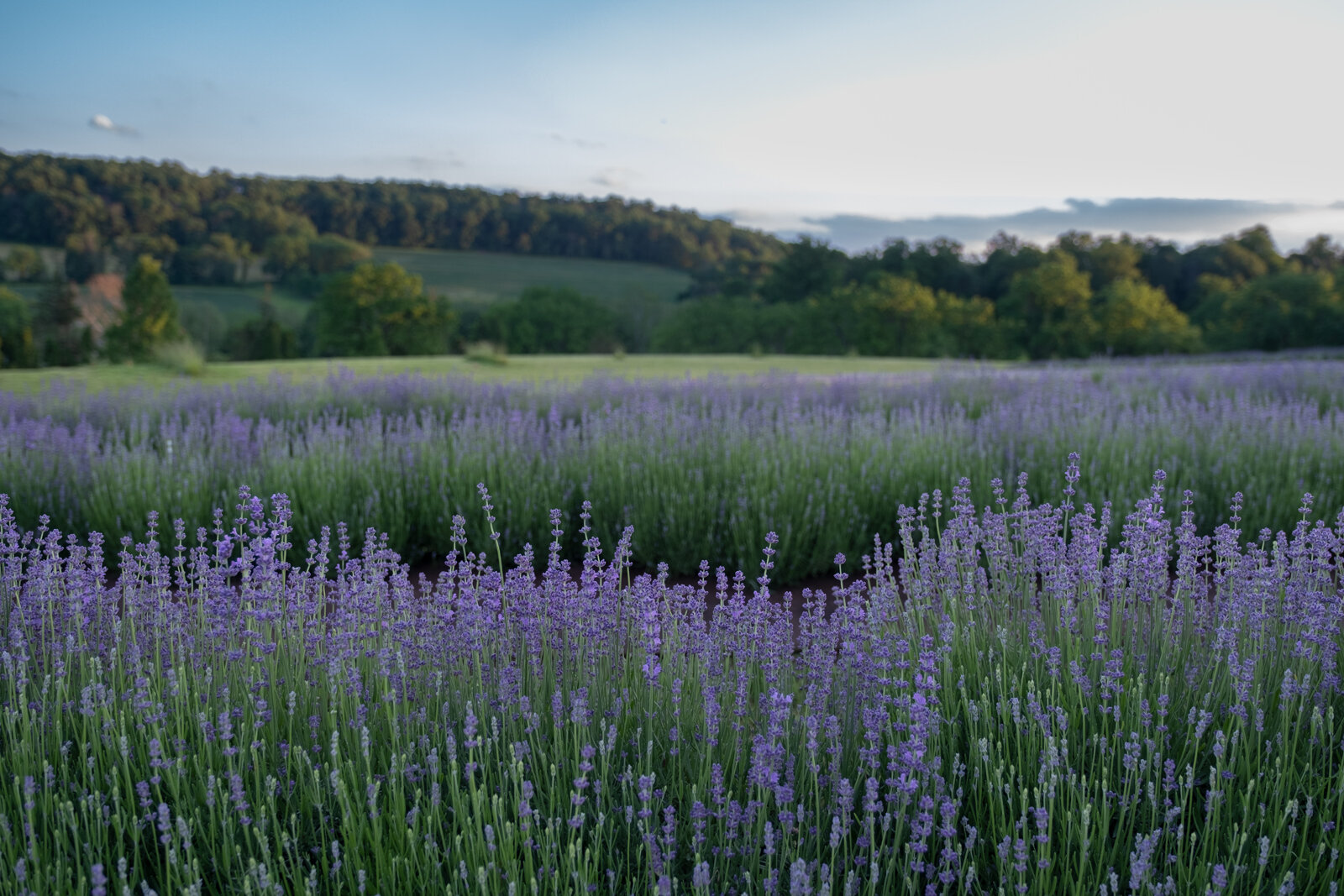 Dolly is a trained Chef in both Culinary and Pastry Arts. In addition, she has trained with renowned Food Historian, Ivan Day, in Cumbria, England learning Victorian and Regency style cookery. She has attended many historic food symposiums as a member of Culinary Historians of New York and the Historic Foodways Society of the Delaware Valley. With an extensive collection of 18th and 19th century cookbooks at hand, she is able to use primary source material for both preparing historic recipes and presenting lectures on various aspects of food history, customs, and cultures of long ago…. Lavandula angustifolia ‘Hidcote', commonly known as a classic English lavender, is named after Hidcote Manor in England, where it was cultivated in the early 20th century by Major Lawrence Johnston. Hidcote is a compact (generally 15” - 20”) and sweet aromatic lavender with silvery leaves and a deep violet/purple flower. Hidcote is a cultivar with a broad range of uses, including as a culinary lavender.

Lavandula angustifolia ‘Munstead’, also a classic English lavender, is named after Munstead Wood in England, where it was cultivated in the early 20th Century by noted gardener, author and artist, Gertrude Jekyll. Munstead is a somewhat compact lavender with a soft aromatic scent and a soft blue/purple flower. It is one of the earliest blooming cultivars of lavender.

Lavandula x. intermedia “Provence’, commonly known as a classic French lavender, dates its introduction to Provence, France from the Mediterranean by the early Romans 2000 years ago. Provence is somewhat larger than its English counterparts with an intense and somewhat more camphorous fragrance. Unlike cultivars of Lavandula angustifolia, often referred to as ‘true’ lavenders, Provence Lavender is a hybrid lavender, known as a Lavandin, which is a sterile cultivar that cannot be propagated by seed.

Join Our Guestlist
Be the first to know of product releases and private shopping events.